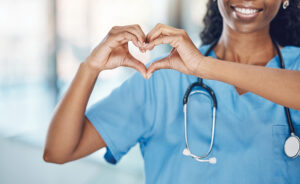 It’s the largest single amount of money ever given to Northwest Florida State College. But, don’t expect any buildings to be named after the people responsible for the money.

Northwest Florida State College received a grant for $21.8 Million, the largest amount ever given to the college, from a pot of money from BP as restitution for the Deepwater Horizon Oil Spill over a decade ago.

The money was authorized by Triumph Gulf Coast – a non-profit corporation whose officers are appointed by the Florida Governor. The Board of the company voted to distribute money from the fund to allow projects like this to take place.

What Does the Money Get Us?
The United States, particularly Florida, faces a critical nursing shortage. According to an application packet submitted by the College for the grant – the state of Florida is currently short about 52,000 nurses and will see that gap widen to 59,000 by 2035.

The college’s proposal invests the $21 Million into renovations to facilities, marketing to potential nursing candidates, and remodeling buildings to reduce the deficit over the next 12 years of the project’s lifespan.

The College’s proposal claims the program will pump out a total of 2,664 accredited nurses from its pipeline over the next decade. Of those nurses, roughly 1,460, or 54.8%, will be due to the expansion.

The College believes with the money received from Triumph Gulf Coast, they will be able to get an additional 546 Associates in Nursing and 256 Bachelor of Nursing students to pass their boards and move into the workforce. Without the money, there would be 802 fewer nurses graduating over that period.

The greatest cost for the program (valued at a total of $43.6 Million over the next twelve years) will be the remodeling of the nursing building on Campus at Northwest Florida State. According to the grant application, the building was built more than 50 years ago and is in need of a retrofit. This is the list of the costs for the program over the next decade or so:
$22 Million – Renovations
$16.7 Million – Personnel
$3.5 Million – Equipment
$900,000 – Furniture
$625,000 – Marketing and Recruitment
$330,000 – Professional Development

The overhaul of the building and the equipment within will be partially subsidized by a private company, Vertex Solutions. Vertex, A Niceville-Based Defense Firm, will donate research and development to the building that is worth in the neighborhood of $2.5 Million. This will consist largely of an “architecture learning framework that supports the implementation of learning products with a variety of backend services, including Learning Management Systems, automated student performance analysis tools, scenario development and other instructors tools.”

In English, this means that it will help train and test future nurses better and allow them to learn more while they are still in school through skills and scenario-based training.

According to the conditions laid out by Triumph Gulf Coast in their paperwork to take the grant – NWFSC can’t use the money they are given as a part of this grant to fund general or administrative overhead.

Nursing students at Northwest Florida State College Practice their skills in one of the college’s older nursing facilities. Upgrades will mean more students will be attracted to the program (the college hopes).

The number of graduates for associates in nursing is expected to more than double over the next decade – thanks to the grant from Triumph Gulf Coast.

Program Costs for Nursing Program Upgrade at NWFSC. AS you might have guessed, the main cost drivers are the upgrades to the facilities and salaries.

Where Does the Rest of The Money Come From?
In short, from you! (well, most of it). Of the total $43.6 million dollars needed to make this dream a possibility – NWFSC partnered with several different public and private groups. First and foremost – the college will use about $13 Million in PECO funding from the Florida Department of Education.

PECO, or Public Education Capital Outlay to us laymen, is the bank account the state of Florida uses to fund the construction of education buildings under its purview (think state colleges and universities – but it can in theory also be used for public schools and public broadcasting centers). That money is given to the state by taxpayers every year.

Roughly $900,000 will come from Nursing Pipeline Funds from the Florida Department of Education as well. That $900,000 is NWFSC’s estimated share of about $60,000,000 in available money that has to be split statewide.

Mid Bay News is an online media outlet serving Okaloosa County. To sign up for the e-newsletter, visit midbaynews.com. 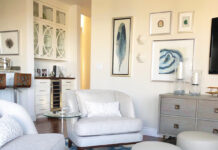 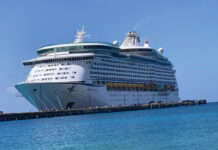 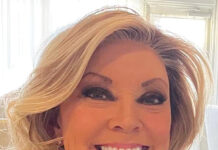